The news of the name change is the talk of the town everywhere, making everybody wonder whether this action is as superficial as just a simple name change or this renaming goes way deeper than that.

As stated on their website, this name change to Meta has been carried out to reflect its vision of creating a metaverse that is supposed to be the next evolution of social connection that the name Facebook does not fully encompass.

They now want to be more than a social media company and plan to build a community known as the future of the internet.

Meta is a word of Greek origin meaning “beyond” or “transcending.”

So when Zuckerberg claims to be building a metaverse through Meta, he is creating a space beyond the real world, where people are connected and live in a virtual universe. Yes, the same thing that you have seen and read about in sci-fi movies and books.

Metaverse is a digital realm that will comprise 3D spaces where you can socialize, learn, collaborate, and play using virtual and augmented reality hardware initially, which will later develop to use advanced body sensors in ways that one might not have thought of before.

In the Metaverse, people can do all sorts of virtual activities like shopping, attending concerts, conducting work meetings, or hanging out with other virtual avatars.

It may be like playing your Sims game but add in a lot of virtual and augmented reality with a mix of technology to create a digital realm.

This metaverse experience is not limited to only a virtual space; this reality-virtual interaction works both ways.

You can transfer your real-life possessions, almost any type of media that can get represented digitally, like photos, videos, books, games, art, music, etc., into the metaverse space. The items from Metaverse can appear in real life in the form of holograms and augmented reality.

In 2014 Facebook acquired Oculus, a company that produces virtual reality headsets that now go by the name “Quest.” These Quest headsets can get used to accessing Horizon Home, a metaspace version of home, where you can invite your friends’ avatars to hang out, play, or interact in a lifelike manner.

Facebook plans to invest USD 10 Billion into its Facebook Reality Labs, already has almost 10,000 people working, and plans to hire 10,000 more over the next few years to expand its metaverse agenda.

Pop, fashion, gaming, all these industries have already started getting used to Metaverse.

The online world works on data, and thus Metaverse may be driven by the same too. Facebook has faced some issues regarding people’s privacy and personal data in the past. Therefore, many people are skeptical about this new initiative.

In the following years, this vision of Metaverse will be undergoing huge developments despite multiple stirs and arguments. Due to its vast potential, it seems like it is here to stay and will bring in a new era of revolution in online interaction. 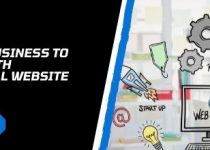 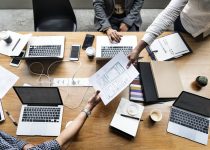 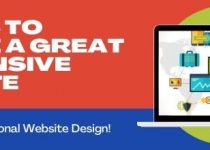